Studville TV is about a group of studs that call themselves “the crew” and are based in Atlanta and they are back for a second season. The new season begins by updating us on what has been up with each member of the crew since Season one. Each of our main characters has a new lady in their life but our old femme “girlfriend” stars are featured in the first couple episodes, providing a transaction from old to new. Throughout the season we see how “the crew” moves on with their lives and the struggles that they are presented with. The second season tackles more issues that were not seen in Season one and also touched back on some old ones. As the season goes on, we see new studs being added to the cast and becoming a permanent fixture. Making for a very intriguing season.

I have increased the character ratings from season one as more depth in seen throughout season two. Not only are there more characters for us to get to know but they continue the development of our main characters. This season there are 9 main characters with an additional three characters that are slowly developed over the season. This season provides you with the couple that was married and are now separated and the new love interest who the stud takes on during the separation. The couple who have been friends for a long time and decided to then become a couple. The straight girl falling for a stud couple and two persons that are really into each other but run hot and cold. The three additional characters bring more depth to the series as they are connected to the main cast but have their own thing going on. We have the famous long time best friend of one of our main characters, a character that has issues with her mother for being gay and another character that appears to be hiding a secret from everyone. In my season one review I stated that there were changes in the characters that seem unlike them and there was no connection in the story-line to show that change, I am happy to see that this is not the case in season two. The characters are developed to the level that they would do something that surprises you, but still be within their character based on events that have taken place.

The story-line for this season gets the same rating as the first season, as there were improvements and shortcomings that balanced it out. As always with the story-line, I do not want to give any spoilers, so I will not being going too in-depth. In this season we go deeper in the personal lives of “the crew” we see them less with each other and focused more on what is going on with them individually, as always with their femme (or prospective femme) by their side.

The various personalities of each character makes for a great a story and allows you to get more invested and to see what would be happening next. There are different topics that are covered in this season: alcohol abuse, cheating, STD, Parental views on having LGBT children, suicide, stud for stud, sexual abuse, negative views from men regarding studs, divorce/separation, career change, religious and the list goes on. The story-line has been created to keep you entertained.

The negative of the story-line was the timeline, certain scenes and events threw off the timeline. For example there are conversations about something that should happen, when this event already took place a scene or two before. Another example a bit of a spoiler, there was a mention of a test within the earlier episodes of the season, at the time it was described as something that would happen in the near future and the result would have a specific effect on a characters life, the chain reaction happened without the test taking place and this test was mentioned for the rest of the season as “upcoming”.

There was some confusion in the story-line, a character was described as being a professor at a college when being introduced but everything else in the story-line pointed to them teaching high school but it was not specifically stated, leaving me saying, is she teaching high school or college? Which was further confused when another character started to teach at the same place, that clearly seemed like a high school but their interactions never brought up their common work environment.

Another aspect that threw the story off was the fact that the femmes all knew each other and hung out, very plausible but it was done as if to say the femme’s of “the crew” were hanging out together, which is all good and well but at one point this took place before all the women were official partners of “the crew”. It left a feeling of why is she even hanging out with them. This is nothing that takes away from the overall story but instead the development of the story.

Acting – These actresses are amazing, the studs were great in season one and they carried that great acting with improvements into season two. The supporting femme actresses that they had for this season are absolutely amazing. I love Chevi Carter the actress that plays Serenity (if you reading this 😉 ), just had to get that out there. Apart from that, these actresses have done a great job to make season two a great success. Again this season has produces some great realistic sex scenes.

Production – The product of this season started where season one left off, the use of great locations and camera angles. There are times when the sound dips but that has improved as the season when on.

I still admire that they constantly find locations to do their filming, providing a feel of a true story, while showing the world what their city has to offer.

This season has seen the use of LGBT artistes in their soundtrack and a couple of episodes features videos for a feature song at the end of the episode. I love the use of our LGBT community in such an awesome production.

Post Production – At the beginning of the season, I had the same issues with the post production as I had in season one, the cuts were not clean and some transactions were not smooth. As well as the soundtrack would be extra loud at times. However over the season there was great improvement, if they were still having some of these issues I hardly noticed it. Another issue I saw happening a couple of times, was the issue of having two different takes of the same scene come after each other, leading to the same information being repeated. They were also a bit of a delay when putting together phone scenes but that has improved, although there was one scene where the actress had the phone upside down, but nothing you can do about that in post :).

The truth of the matter is, I love this series, it is one of my favorite web-series. Season two has not been of any disappointment to me. The characters are persons that you want to invest your time in and the story keeps you coming back. This season was longer, so I don’t have the same feeling I did in season one of wishing it was longer. I am excited to see what more they will bring to the table though, I can’t wait for Season 3!

Definitely worth the watch and countless amounts of re-watching.

As always any comments, any questions and opinions you can always feel free to leave those in the comments or contact me in other forms.

If you are not sure about my rating system, check out this post 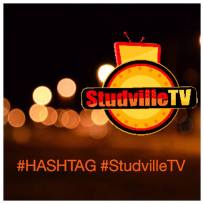